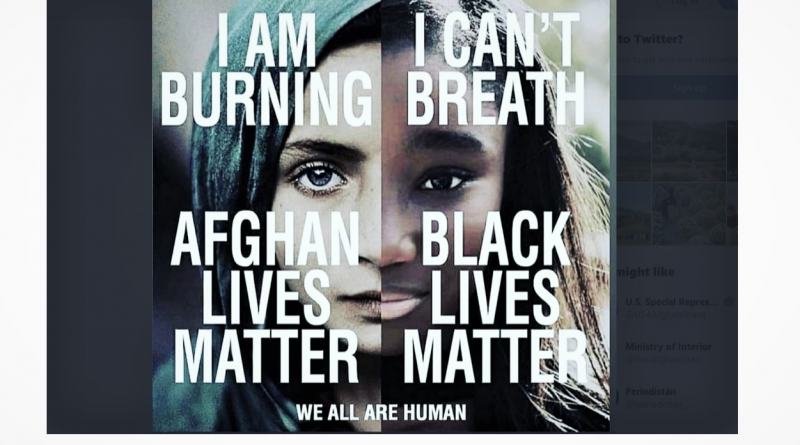 Over the past month, the government of the Islamic Republic of Iran has twice carried out a cold blooded murderous attach against Afghan immigrants. First, its border guards arrested, tortured and deliberately drawned scores of immigrant workers in Harirod river (which is on the border between Iran and Afghanistan). In a second act its gun men shot and set on fire a car carrying the Afghan immigrants on the road to Yazd (a city in Southern part Iran). This is just a handful of examples of the living conditions of Afghan refugees in Iran which are systematically discriminated against and harrased by the authorities. Eighty percent of child labor and street kids in Iranian cities are children of Afghan immigrants. The Islamic Republic continues to carry out Afghan killings as its leader, Khamenei, brazenly expresses his “sympathy” with black Americans being hunted and killed on the streets of the USA by the police. Khamenei and Trump are no different in their fascist hatred of the oppressed people whome according to their insane world view are considered less than human beings. They both represent an out-moded system that must be brought to an end and buried along with their enforcers.

Let’s forge internationalist unity and determination and warn these outmodeds:

The killings of Afghan immigrants, Kurdistan border porters, Arab and Baluch youth in Islamic Republic of Iran must stop!

The killings of blacks, Latinos, natives and immigrants in the United States must stop!

And around the world: immigrant phobia and racism must stop.

Let’s fight for a world where human life is not conditioned by borders, nationality, color of skin, gender, religion and beliefs, and identity papers. Let’s fight for a world where the right to eat, acquire scientific knowledge, health care, security, happiness is not just property of a minority in this world. Let us fight and bring into being a world in which the international is human race and “the blosoming of every individual is a condition of blosoming of all.”

The capitalist system,  which is the source of the ongoing terror and oppression, cannot be reformed anywhere in the world. Only with the communist revolution, and nothing less and nothing else, can we prevent the sea of ​​blood and tears that flow from the bodies and eyes of our people everywhere: in Harirood river, in Minneapolis, in Bashmagh of Kurdish hills, or in Baghdad. We must stopd this and fight to bring into being a radically different and far better world for humanity.

Bob Avakian has developed tge science, strategy, and the way to get rid of this horror with the New Communism. Let’s fight for a new life, for a movement for the communist revolution, for the establishment of New Socialist Republics around and for a world without borders, oppression and capital. In the context of the present upsurge in the US comrade Avakian instructs:

“In the beautiful outpouring of determined resistance to institutionalized racism and police terror, marked by a growing sense that this is somehow bound up with the very nature of this system and the many other injustices it continually perpetrates, we can see the potential for the revolution that can shatter those chains of oppression and open the way to a radically different and far better world, on an entirely new foundation. What remains to be done is to develop that potential into reality, bringing forward greater and greater numbers of people—through this present upsurge sparked by the murder of George Floyd, and through many diverse spheres of life and many different streams of struggle—who are fired with a determination to put an end to all oppression and are gaining the scientific understanding that this system of capitalism-imperialism is the source of all these inter-connected horrors, and are driven by the need and inspired by the possibility of bringing this system down and bringing that far better world into being.”